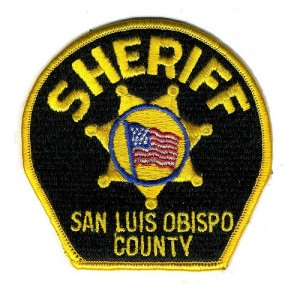 –The San Luis Obispo County Sheriff’s Office is issuing a warning to the public after responders recently found a 26-year-old Oak Shores man dead with a hypodermic needle still in his forearm.

In early 2016, the San Luis Obispo County Sheriff’s Office was involved in a narcotic seizure involving China white heroin laced with fentanyl. The fentanyl that was used originates in China and is more potent than the original fentanyl which is an opioid medication prescribed for pain. Some illegal street versions of fentanyl can be as high as 11 times the potency of the original and can contain a lethal dose the size of two granules of salt.

On May 22, a 26-year-old man was found dead in the Oak Shores community of Lake Nacimiento with a hypodermic needle still in his forearm. During the initial investigation, drugs were collected from the scene. Some of the drugs included a white powder and a clear liquid. Both samples were turned over to the Sheriff’s Crime Lab for testing. Both tested positive for fentanyl. The Drug Enforcement Agency is warning first responders to be vigilant when encountering any type of powder or unknown liquid since illegally manufactured fentanyl is commonly abused by injection or inhalation, similar to heroin.

This entry was posted in Oak Shores Directory. Bookmark the permalink.